Cacao comes from the Theobroma tree, which literally translates to ‘food of the Gods’. It is the unprocessed chocolate super-food derived from the cacao beans that live inside of large golden, red, green or sometimes brown pods of this fruit tree. Cacao is the extract from raw, cold-pressed un-roasted cacao beans that have been dried in the sun to keep the living enzymes intact. The cacao butter is removed to make the Cacao powder and Nibs you can find today in wholefood shops. Ceremonial grade Cacao however, is the ‘whole’ bean with all of its goodness, cacao butter, and medicinal properties intact. Cacao is found growing in both Central and South America.

There are multiple health benefits to consuming raw cacao (which is more commonly found as powder or nibs), but when partaking in the ‘whole’ unprocessed Ceremonial grade Cacao there are spiritual and emotional benefits to be gained as well.

It is a highly spiritual plant and has been used for many thousands of years, for medicinal purposes, in midwifery, as well as in sacred ritual to enhance ceremonies like Weddings.

WHAT ARE THE BENEFITS?

Aside from the spiritual and emotional benefits of ceremony outlined below, Cacao beans are rich in a number of essential minerals, including magnesium, sulfur, calcium, iron, zinc, copper, potassium and manganese. Cacao also has more antioxidant flavonoids than any food tested so far, including blueberries, red wine, and black and green teas. In fact, it has up to four times the quantity of antioxidants found in green tea. Cacao raises the level of serotonin in the brain; thus acting as an anti-depressant, also helping to reduce PMS symptoms, and promoting a sense of well-being.

WHERE DOES OUR CACAO COME FROM:

The Cacao we use comes from the ancient Cacao gardens in the Rio Ene region of Peru.  It is Ceremonial Grade Criollo Cacao which has been grown, harvested, fermented and dried by Ashaninka families.  There are three types of Cacao bean, Triniterio is the most common followed by Forastero and Criollo is considered the rarest as well as the most flavoursome.  Our cacao is raw, organic and non GMO.

Cacao is a great source of serotonin, dopamine, anandamide and phenylethylamine (PEA), four well-studied neurotransmitters, which are associated with feelings of well being and help alleviate depression. Both PEA and anandamide (the bliss chemical) are found in abundance in the brains of happy people and are particularly released when we are feeling happy. Both of these neurotransmitters are present in raw cacao in large enough quantities to affect the brain and lift our moods. Cacao also contains monoamine oxidase inhibitors (MAO I’s) that keep neurotransmitters in the bloodstream for longer without being broken down.

WHAT CAN I EXPECT DURING A CEREMONY?

We provide a safe, nourishing and nurturing environment for you to connect with yourself, the spirit of cacao, and others in deeper ways than one can usually access when by yourself.

You will be led through a cacao blessing, where you will learn a little about the cacao, and about the rituals used when preparing it. Typically the cacao will be smudged with sage to cleanse and honour, and little icaros (native songs) are sung to bless it and place intentions on it.

We will guide the group through various exercises and experiences based on the intentions of the event. The general flow of a ceremony is there is some sort of opening and setting of the container, a shared group experience, and then a closing where you give thanks, and acknowledge what the group created during that time.

Each ceremony is different. We have created different themes and styles, so some are deeply nurturing – such as with a sound bath, where all you need to do it just relax and receive. Some are themed around the phases of the moon and the Astrological sign that the Moon is in, some to help you build self love and acceptance. Some will have ecstatic dance and/or movement; others to set intentions and encourage some deep self inquiry. No matter the style, they will each be profoundly healing and enjoyable. 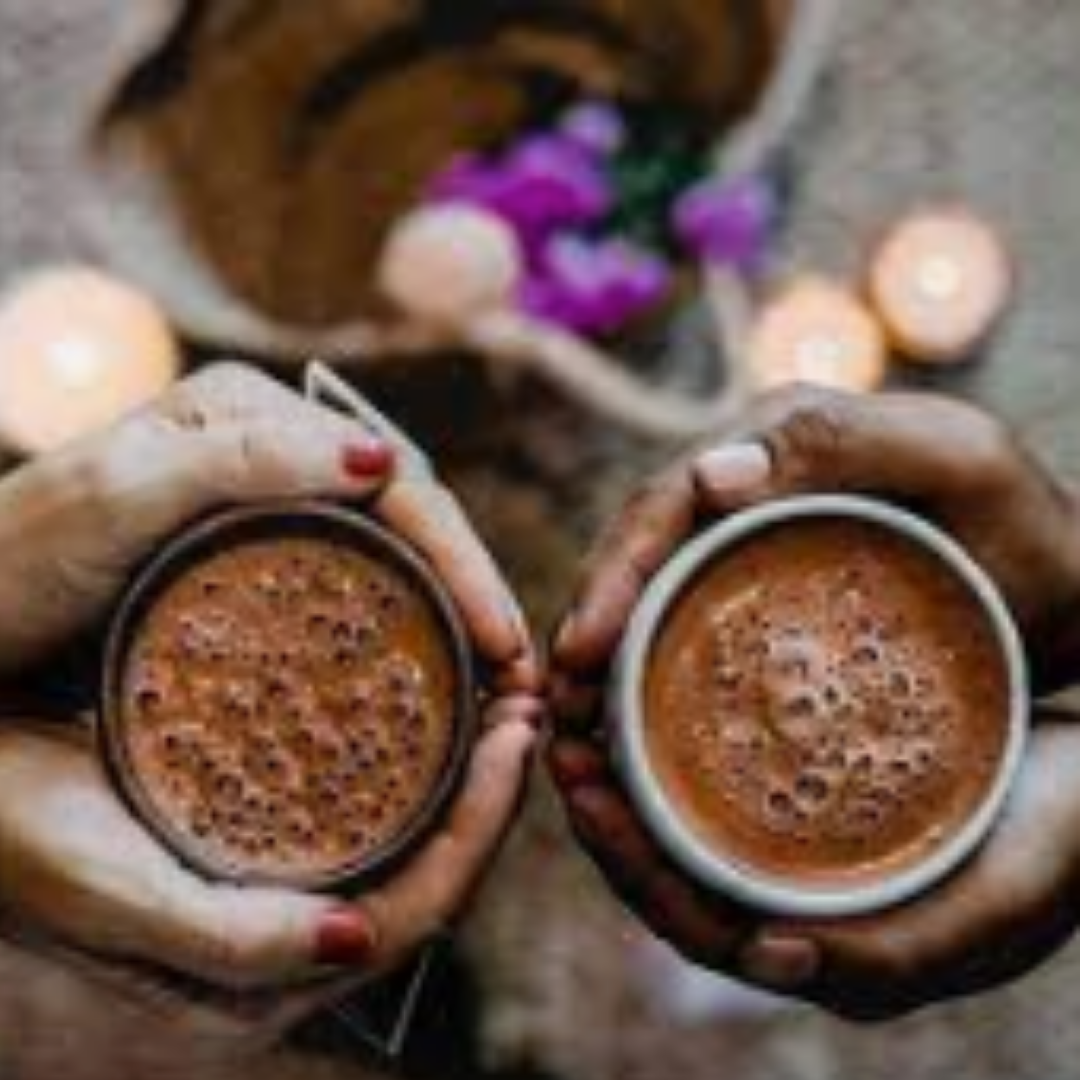 From an emotional point of view, you might experience feelings of euphoria or excitement, a deep heart opening bliss. You may feel a heightened sense of gratitude and love (to self and/or others). You may release emotions such as grief or sadness.

From a physical standpoint, you may experience symptoms such as feeling lightheaded, sweaty palms, a slight headache or nausea. If that happens simply slow down, drink lots of water and rest until symptoms subside. As Cacao is a powerful detoxifyer you will also be releasing toxins from the body, so always good to have lots of fresh water to hand.

Finally there is an extremely unlikely and rare event where someone may experience something called a ‘healing crisis’ where things feel very uncomfortable for a short period.. It might feel almost like a panic attack where a slight racing of the heart occurs. This is very rare and you will be encouraged to relax and allow yourself to pass through that stage, flushing your stored toxins out with plenty of water.

Remember (as they used to say in my Ayahuasca retreats) ‘what is coming, is leaving’..  Cacao will not ‘give’ you any issues, but in the removing of them you may feel some discomfort in that rare case.

ARE ALL CEREMONIES THE SAME?

No two ceremonies of cacao are the same, even when the ‘theme’ or even the hosts are. Each ceremony or event will have a unique energy, and a special connection that runs through all the participants like a thread.

Ceremonies are helpful for gaining clarity, setting intentions, inner-processing and healing, and when you are out of your regular environment and sitting in sacred space, it is really helpful to access different frames of mind in order to gain new perspectives and insights.

The hosts of any ceremony will bring different experience and flavour to the mix too, but trust that whatever event you sign up for will be the right one for you.

There is no coincidence about who is ‘called’ to each event, and each circle is the perfect blend of frequencies to ensure you get exactly what is needed for your own personal development.  Through decades of our own personal development work, we know the importance of providing a ‘safe’, inviting and open-hearted environment which encourages deep relaxation the moment you walk in – when you are greeted with a smile and some sacred smudging 😉

Our ceremonies are woven with love and years of experience of the many modalities and spiritual teachings we have ourselves undertaken. Some will be deeply nurturing, some ecstatic – with dance and/or movement; others will be encouraging deep self inquiry. All will be profoundly healing and enjoyable though; leaving you feeling more at peace and at one with the world.